DXFD responded to Hanover's 3rd alarm fire early this morning.On July 8, 2020, at 2:07 am, the Hanover Fire Department received a call reporting smoke in the area of Columbia Road and Rockland Street with a possible outside fire in the rear of a commercial occupancy. Engine 7, Tower 1 and Ambulance 3 responded to investigate. While enroute, Hanover Police Officers arrived and reported a possible outside equipment fire at 183 Columbia Road with smoke in the building. Box 42 was transmitted and a full 1st Alarm Assignment was dispatched. First arriving crews found thick black smoke coming from the front of an 85 x 50 two story commercial office building with heavy fire conditions in the rear. Firefighters were unable to make an interior attack and were forced to initiate a defensive and exterior operation as heavy fire rapidly traveled throughout the structure.

Officials from the Hanover Building Department determined that the remaining structure was unsafe and had to be taken down in the interest of public safety.

One firefighter who sustained minor injuries during the incident was evaluated and treated on-scene.

Firefighters cleared the scene at 1:36 pm.

Hope everyone is ok

Just before 2am this morning, the KFD was alerted to a structure fire with the report of occupants trapped. With the duty shift already responding to a motor vehicle accident (MVA), off duty personnel were called in and mutual aid requested. With no injuries at the MVA, responders were diverted to the fire. Upon arrival it was discovered that several occupants were assisted from the home and one occupant was rescued from the fire room by an off duty Kingston Firefighter who lives in the neighborhood and responded from home. He was also able to extinguish the fire which was in a bedroom. Three people were transported to the BI Plymouth with minor smoke inhalation: two by KFD Ambulance and a third by Duxbury FD Ambulance. Duxbury also provided and Engine to assist at the fire scene. Plymouth FD provided an Engine to cover the empty Kingston stations which responded to subsequent calls while KFD units were tied up. Thanks to #KPD, #Plymouthsherrifs,#DXFD, and #PlymouthFD for the assistance. Photo courtesy of #DXFDPIO. ... See MoreSee Less

‪Busy weekend for DXFD responding to over 35 emergencies including structure fires, multiple serious MVA’s, reported water rescue, many medicals and other emergencies. We had additional firefighters on duty and still needed to recall firefighters six separate times to assist. ‬ ... See MoreSee Less

Thank you for your hard work and for responding to recall to service during the long weekend!

Thank you for all you do for our town and community.💖🙏🙏🙏🇺🇸🇺🇸🇺🇸😷😷😷

We appreciate you all!

Thanks for all you do. 🙏 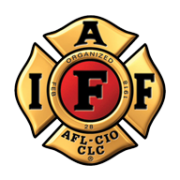 The IAFF Center of Excellence for Behavioral Health Treatment and Recovery is a one-of-a-kind addiction treatment facility specializing in PTSD for IAFF members – and IAFF members only – who are struggling with addiction, PTSD other related behavioral health challenges to receive the help they need in taking the first steps toward recovery. It is a safe haven for members to talk with other members who have faced or overcome similar challenges.

The Duxbury Permanent Firefighters Association, Local 2167 received its charter from the International Association of Firefighters (IAFF), AFL-CIO-CLC on July 20th, 1972. We are also members of the Professional Firefighters of Massachusetts (PFFM).